Posted at 12:34h in Blog by jenkadmin 0 Comments
Share

In September I had the honor to participate at Festival Asalto, a street art event that  brings to Zaragoza some of the best street artists from around the world.

I made three digital illustrations that were printed on vinyl and hung at the tram stops. The illustrations were about women that marked the history of Zaragoza with their heroic actions at the Sieges of Zaragoza during The Spanish Independence War at 1808.

First one of my ladies is called The Countess of Bureta, she was a Spanish noble. She created and directed the ‘Amazon group’, which was a special female group that helped the wounded and provided food supplies and ammunition to the combatants. She also turned her palace into a hospital, and at many occasions had to turn to weapons to fight against the enemy.

The second heroic girl is called Mother María Rafols who was  the religious co-founder of the Congregation of Sisters of Santa Ana. She had an outstanding participation in the sieges of Zaragoza. She managed to place 6,000 patients in various official and private buildings after the local hospital burnt down, rescued various religious objects and obtained aid at many occasions, requesting it insistently from authorities.

And last but not least a kick ass woman called Casta Álvarez who succeeded in rejecting the French army and the Polish cavalry from penetrating the city through Puerta del Carmen, a famous land mark that is still standing at the city center of Zaragoza.

The mountainous landscape and the north wind called ‘cierzo’ appear in all my illustrations as they form a natural part of the life of the Zaragozanos. You must come and visit Zaragoza to experience the mind blowing ‘cierzo’ and all the lovely street art!! 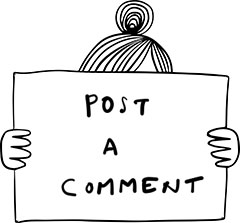